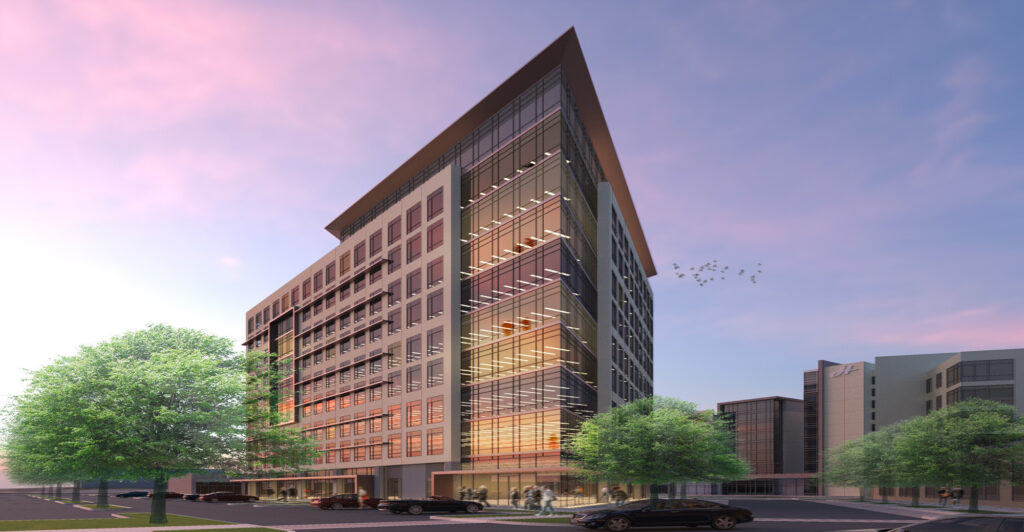 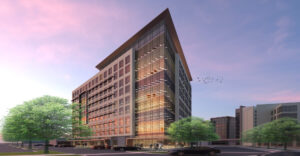 See Correction/Clarification at end of the article

Construction is about to get underway on a $250 million Prince George’s County development that is expected to bring more than 500,000 square feet of mixed-use to Capitol Heights.

Hampton Park, the redevelopment of the 25-acre Hampton Mall, will include a $35 million, 115,000-square-foot office building slated to house the Prince George’s County departments of Health and Human Services, Veteran Affairs and Family Services. That building will also house a 17,000-square-foot senior day center.

The Hampton Park project, its backers say, will feature a national brand hotel with 120 rooms, 100,000 square feet of retail, including a 20,000-square-foot Market Fresh Gourmet grocer and an Ivy City Smokehouse, the restaurant’s first location outside of the District. The residential portion will contain 200 units of multistory, market-rate apartments.

Greenbelt-based Velocity Companies and Clifton, New Jersey-based investor ARCTRUST formed a joined venture with the goal of spurring the revitalization of the legacy communities located along 214/Central Avenue corridor, they said. Other project members include Baltimore-based Design Collective Inc. as the architect, Rockville-based Soltesz Engineering and Columbia-based Manekin Construction as the general contractor.

“Hampton Park is a microcosm of Prince George’s County,” Velocity CEO Brandon Bellamy said in an interview. “It’s a true bellwether for the vitality of the county.”

The project has received numerous federal, state and county designations that should its ease path to viability. It has been designated part of Maryland’s Sustainable Communities, as a Primary Investment District and, most recently, as an opportunity zone.

Due to incorrect information, an earlier version of this story misidentified the project architect. The correct architect is Design Collective Inc.